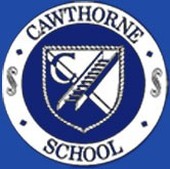 "With you every step of the way"

Making observations about where things are e.g. within school or local area

Being able to use appropriate geographical vocabulary.

Expressing their own views.

Being able to ask/initiate geographical questions.

Using letter/ number coordinates to locate features on a map.

Investigating places and themes at more than one scale.

Beginning to use primary and secondary sources for evidence in their investigations.

Beginning to use 4 figure coordinates to locate features on a map.

Beginning to use 6 figure grid refs, use latitude and longitude on atlas maps.

© 2020 Cawthorne Church Of England (VC) Primary School.
school website, mobile app and podcasts are created using School Jotter, a Webanywhere product. [Administer Site]
We use cookies to provide you with the best experience on our website. Read our Privacy Policy to find out more.